The Chess Game was invented thousands of years ago and right throughout its history it has become known as the king of board games. Such people as Napoleon, Charlie Chaplin, Einstein and Nikola Tesla where renowned for their chess skills.

Not only can the game of chess provide you with hours of pleasure it is great for exercising the intellect and the game is known to be able to improve someone’s analytical thinking their creativity and judgment.

Although during the past Chess was mainly played by those of a high standing such as courtiers etc., today you will find that the game attracts people of all ages and all works of life from around the world. Not only do several people find chess intriguing, but it also gives them a chance to pit their wits and skills against another.

Most that anyone requires to be able to play chess is a chessboard and chess pieces, you can even play online if you want (all you need then is a computer). A normal chessboard is 8″x 8″ with alternating black and white squares.

There are a total of 32 chess pieces, 16 white and 16 black. One player will play with the white pieces (WHITE player) and their opponent gets the black (BLACK player). The 16 pieces are made up of the King, Queen, 2 Rooks, 2 Bishops, 2 Knights and 8 Pawns.

At the start of any game the pieces are placed in their initial places as follows:

1. The player places each of his pieces along two rows of the board (ranks) closest to him.2. The 8 pawns are placed in the front rank with the rest of the pieces placed behind them closest to the player.3. Starting from the outside of the board and working into the middle the pieces closest to the player should be placed in the following order Rook, Knight, Bishop, Queen, King, Bishop, Knight, Rook. The order they’re placed in for the WHITE player is from left to right on the board and for the BLACK player from right to left. Thus you end up with the opponents same piece in each column (file) facing each other on the board.

To help describe the chess positions an “algebraic chess notation” was invented and is simple to learn as it helps the players to identify squares and pieces that are on the board during a game. Below we describe how it works.

When viewing from the WHITE player’s point of view the left most file (column) is known as “A” and the next one “B” and so on until we reach the right most file (column) known as “H”. The rank (row) which is closest to the WHITE player is then called “Rank 1” or the “First Rank” and then comes “Rank 2 (Second Rank)” and so on until we reach the 8th Rank which is the rank (row) closest to the BLACK player’s pieces. 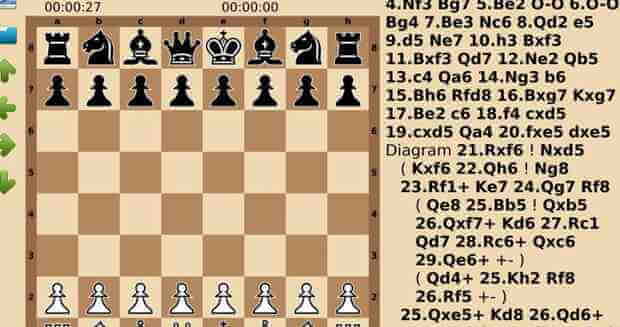 Have you ever watched a chess game and wondered how the heck the game works? On one level it looks kind of like checkers, but not all the pieces are shaped the same and they move in strange and mysterious ways. If you’ve ever wanted to be one of those intelligent looking folks sitting on…

Finding decent quality chess sets is not as easy as you might think it should be, particularly if you are out shopping in the high street. A specialist store is hard to find – there might be one in a busy city centre but otherwise most high street specialist games retailers have closed their doors,…

One of the easiest events which can translate into a board game is the activity of horse racing. Something that people have been enjoying for a long time, horse racing allows people the chance to pick a most adored horse, following its career as well as its jockey. Horses offer the same sort of appeal…

Although not obvious to everyone, chess has to be one of the most stimulating, interesting and fascinating board games around and the types of people who enjoy playing range from schoolkids and teenagers to college professors and grandmothers. It’s a game that will not get you in trouble and mums will be happy to let…